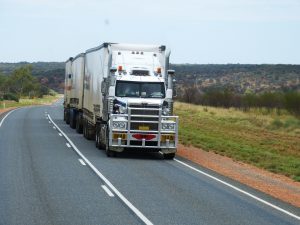 Are you interested in a career as an HGV driver but not sure how to get the right driving licence? You should be proud of the fact that you are interested in working in an industry that is currently booming. The freight industry has recently seen an increased demand for van and lorry drivers.

The licence terminologies, such as C1 licence or LGV C+E, can be confusing and make it hard for you to work things out when searching for the driving courses to take to obtain the licence to drive lorries and vans.

When doing your research, you might have discovered that many of the freight companies opt to use a combination of two terms – LGV or HGV — in reference to the truck or lorry driving jobs for vehicles with a gross weight 7.5 tonnes and above.

So, What’s the Difference Between LGV and HGV?

The many books, magazines, newspapers, and adverts that talk about lorry driving jobs will use HGV or LGV, and the two can be confusing terminologies for newbie drivers. It thus leaves most of these drivers lost and unsure of the type of license they should obtain.

Keep in mind that the correct spelling for “licence” in the UK ends with “ce” and not “se”, as in the US, but you can still use the alternative spelling in your application. Opting to use the term “license” instead of “licence” will not prevent you from getting a job as an HGV or LGV driver. You can use both words when doing your online search.

You should be able to differentiate between the terms LGV and HGV: LGV – Large Goods Vehicle; HGV – Heavy Goods Vehicle.

If you obtain an HGV licence or an LGV licence in the UK or any other European country, you essentially have the same thing. Both are permits given to individuals that have qualified to drive commercial vehicles with a total weight of 3500 kilograms and above. Vehicles under this category include flatbeds, ADR, chiller lorries, drop sides, box vans, tippers and Lutons, among others.

The confusion among may drivers arises because some of them will assume that LGV stands for Light Goods Vehicles that have a gross weight that is less than 3500 kilograms. The law states that a holder of category ‘B’ driving license can drive a car that is 3500 kilograms and below.

Why is the Term HGV Used?

All cars in the UK are taxed based on their construction, weight, engines, fuel type, emissions, and purpose. The term HGV came into use when the tax disc was issued in the United Kingdom and was used to classify vehicles for tax purposes.

However, the need to align with European licence categories brought about a change in 1992 in which cars that weighed over 3500 kilograms we categorised as lorries. The alteration led to the shift in the LGV term from Light Goods Vehicles to Large Goods Vehicles. As such, the two (HGV and LGV) bear no significant difference. In the same year (1992), all licence categories were also changed.

An HGV Class 3 licence is now an outdated term. The closest to this is the LGV C1, which entitles the driver to operate vehicles that weigh between 300 kilograms and 7500 kilograms. With such a licence, you will be qualified to operate a restricted size vehicle such as a horsebox or an ambulance. Most of the drivers of home and local delivery trucks have the LGV C1 licence.

However, if you are keen on driving professionally, then you should upgrade to an LGV C license to that you qualify to operate a rigid vehicle with a gross weight of up to 32 tonnes. Alternatively, you can opt to take back-to-back training to obtain an LGV C+E so that you can drive lorries and trucks with trailers, such as a draw-bar or articulated vehicle that can have a gross weight of 44 tonnes.